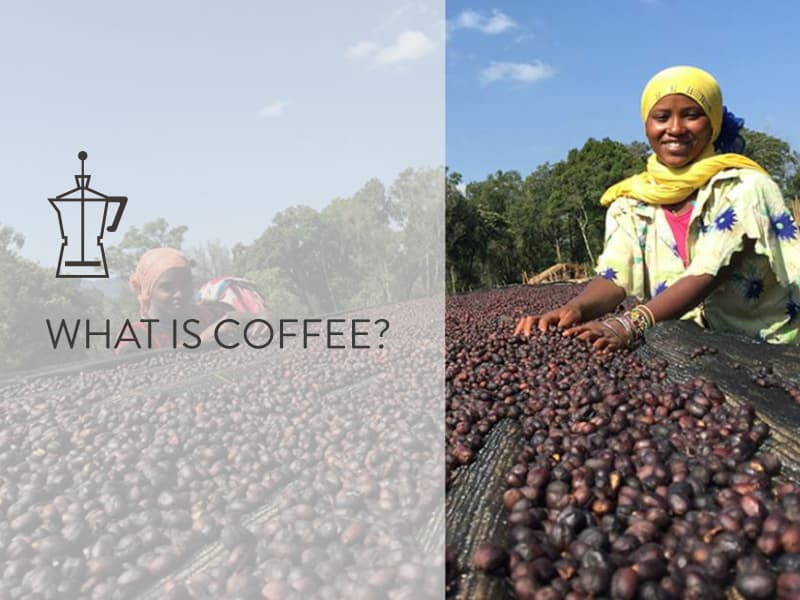 Do you know that coffee is a fruit?

Coffea is a genus of flowering plants in the family Rubiaceae. Coffea can be as small as a small shrub or as tall as a medium-sized tree, depending on the species and cultivar. Coffea has opposite leaves, which means the leaves branch out in matching pairs from the stem.

The fruit is a 2-seeded “drupe” fruit, commonly called cherry. The seeds are the coffee “beans”. However, if you squeeze to open the coffee fruit, you will find that there is hardly any “fruit” at all, but the two slippery seeds fill most of the drupe.
You can find only a single bean in about 5–10% of any crop of coffee fruits, this is called a peaberry, it is smaller and rounder than a regular coffee bean.

There are many different species of coffee, over 120, according to the World Coffee Research (WCR). Coffea Arabica is one of two species of coffee plants that are in extensive cultivation globally. The other is C. Canephora, commonly called Robusta. Arabica produces the highest cup quality.The Category below species is variety. Varieties refer to different variations within the species:
Species Coffea Arabica – Variety Bourbon.
Cultivated variants of species originating by humans. These could be selected from existing grown stock or wild populations.
Coffea Arabica, which is indigenous to Ethiopia, was transported out of its homeland into neighbouring Yemen. In the early 18th century, a few seeds or trees were introduced from Yemen to Java, which gave rise to the “Typica” lineage, possibly by the Dutch, perhaps with some transport by the mythical monk Baba Budan. French, transported the seeds from Yemen to the island of Bourbon giving the name to the variety.

These are varieties born in the forests of Ethiopia, where Coffea arabica originated, through a process of human-led domestication. They are associated with very high cup quality, but unfortunately, they are susceptible to significant coffee diseases.

In the 1920s, a C. Arabica and a C. Robusta plant on the island of East Timor sexually reproduced to create a Hybrid. This Arabica variety contains Robusta genetic material that allowed the plant to resist coffee leaf rust.

Difference between Robusta and Arabica Coffee

Here’s a list featuring some differences between the two coffee species:

Arabica coffee is preferred for straight consumption. Robusta is excellent for blends (especially for espresso types). It provides body to the beverage but is not pleasant when drunk alone Arabica coffee has a worryingly low genetic diversity; it more susceptible to diseases, and it could even become extinct in the future. It’s predicted that by 2050, this could lead to a 10-20% decrease in coffee crop yields.

Have you ever wondered about the origin of the most famous drink in the world? Discover with us the history of coffee.